The old house which was called Pr Vandoto (By Vandoto) has stood there already in the time of Maria Theresa. Older locals still remember the previous house name Pr Úrbaso (By Urbaso). Its home name Pr Vandoto was given after the Vandot family in which was also born the Slovenian youth writer Josip Vandot, best known for the mountain stories about the young hero Kekec and other brave guys who were together going through adventures in the hard Alpine world. 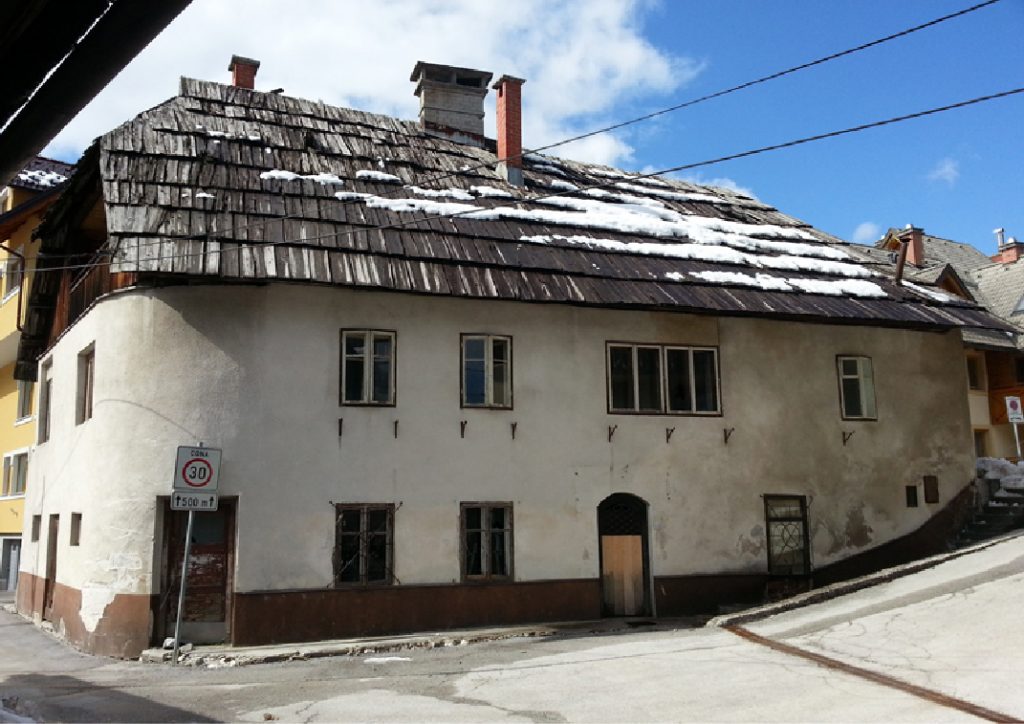 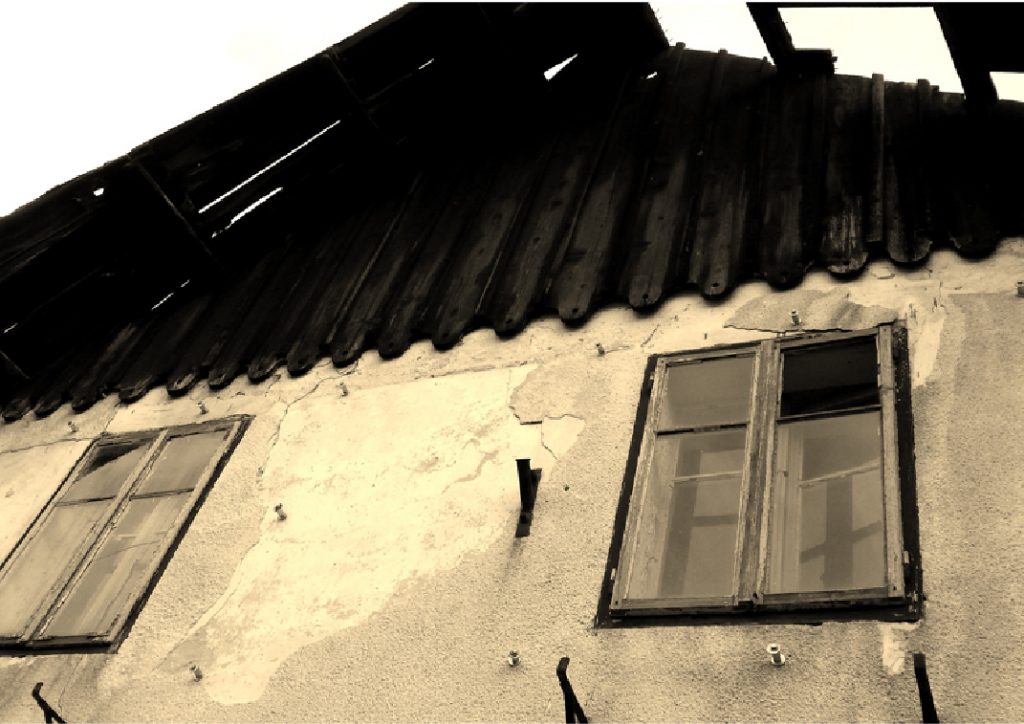 The house was once situated at the border part of the village where further along the Borovška street the settlement of the small wooden home houses began to develop. It was architecturally different and special since it was adapted to the shape of the surrounding paths from the three sides. The folded facade and irregular shapes determined the special asymmetric design of the wooden roof and the internal use of the rooms. The old Vandot house was decorated with a wooden outside hallway and a partly wooden facade. It was a house of simple people which did not reflect wealth, but work.

Since 1903, the family Smolej has lived in the house. Already for years the people in the house have rented the rooms in order to make them easier to survive.

Due to the bad condition, the old house collapsed in 2016 and the new one was built up taking into account the criteria of cultural heritage and modern architecture. Wishing to preserve the characteristics of the old building, in the construction of a new house, the former characteristics of the building were imitated in several parts.

As in the past, the layout of the structure has the irregular square shape and consequently the rising top, it was also preserved the curve of the facade on the south-east side and the facade is as before of wood, there is a wooden balcony replacing the old outside hallway and the characteristic and slightly changed wooden entrance door and windows are made. A new touch and quality in the spirit of an ecological approach is definitely given by the wooden construction which is not visible from the outside but is reflected in the individual rooms with support pillars and wooden ceilings.

A lot of emphasis and work was invested in the quality of materials and staying of the guests ensuring the privacy of the individual, as we followed the highest standards for preventing noise transmission from the exterior and between individual rooms, because this is the only way to ensure complete relaxation and quality sleep for our guests.